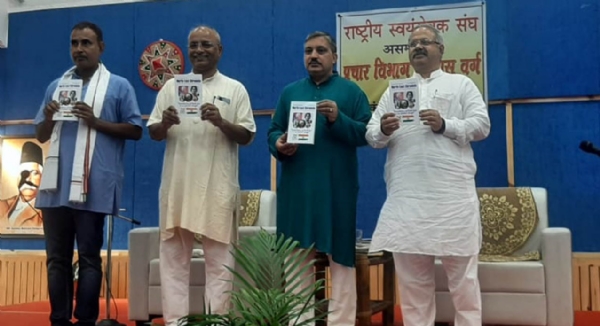 Guwahati, A theme “Contribution of the North East in our Freedom Struggle”a English journal called “North East Chronicle” was released during a program held on Sunday.

The book Chronicles and sheds light on the life of many a prominent persons who have made a significant contribution to the country’s independence. It is noteworthy that people from urban and rural areas all over the country had significantly played a role in the casue of gaining independence o. But, during the Indian independence struggle there are many such prominent men whose contribution has either been ignored or forgtten and rarely mentioned.

There are nine chapters in this book, in which all the states of the Northeast have been noted and contributions of exemplaray courage and sacrifices made during freedom movement has been prominently recorded . The editor-in-chief of this book is Lt Gen (Retd) L Nishikant Singh and the editor is Lt Col (Retd) Kiran Kumar.