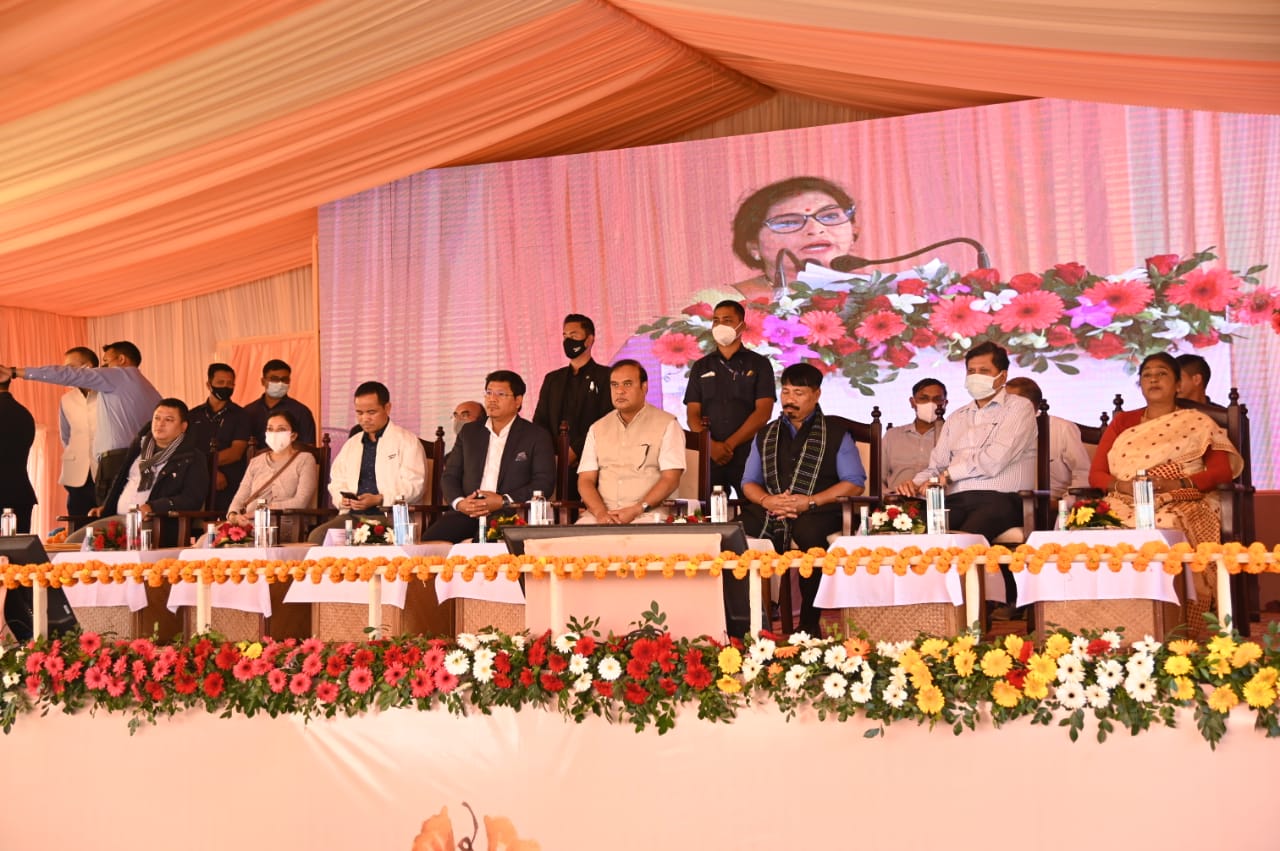 Guwahati: Assam and Meghalaya start initiatives to defuse the border tension between the two neighbouring Stare with new confidence building measures. With an aim to bring a lasting solution to the decade-old border dispute, both the chief ministers of Assam and Meghalaya on Tuesday visited lower Lumpi area. Assam government chief Himanta Biswa Sarma along with his Meghalaya counterpart Conrad Sangma personally held a discussion there.
Addressing the local people of Lumpi area, which falls under Kamrup district of Assam, Sarma commented that both the governments were making concerted efforts in the last six months for a lasting and mutually acceptable solution to the longstanding inter-State border dispute. He expressed optimism that the issue would be resolved in the spirit of brotherhood and enduring friendship between the two States.
Sarma had earlier visited Shillong to discuss the border issues with his Meghalaya counterpart. Later Sangma also visited Guwahati to carry forward the discussion. It is understood that there are 12 disputed areas between Assam and Meghalaya, presently six places have been taken up in first phase for resolution.
He also added that both the governments tentatively decided to implement Central schemes at Lumpi area with collective approach of Kamrup district administration and West Khasi Hills district authority in consultation with public representatives of both sides. Sangma in his speech agreed that due to the longstanding border dispute, people living at the disputed border areas were suffering for many decades.