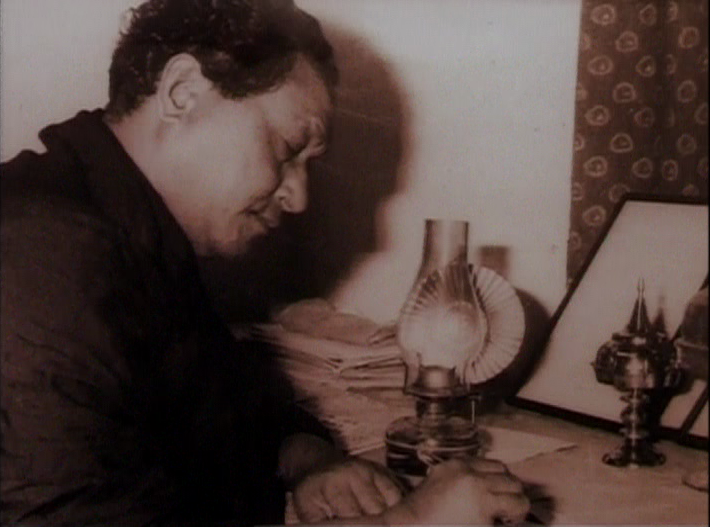 Bishnu Prasad Rabha was eminent for his own great work and contributions. He did not borrow anyone’s approval or ideal to prove himself as an eminent person. He always shaped himself according to the existing situation. He always took any situation as opportunity and walked relentlessly on it and built his own personality.

Bishnu Prasad Rabha was truly great as he gifted the everlasting ‘arts’ to Assamese society. His mantra to success was that he never cried at any situation rather he faced it. He spent days and nights to outshine the art and culture of Assam and always tried to carry forward the oppressed people. He realised that the foundation of a glorious cultural monument of Assam was based on those cultural tools of different groups which had been sustaining the society for ages.

However, it is unfortunate that the leftists seem to be overzealous on their brazen attempt to accumulate the legacy of great Bishnu Prasad Rabha. The people who tried to call him a leftist should know that Rabha had always tried to unite all the people of Assam including Nagas, Manipuris, Khasis and many more through Sankari philosophy and by reviving Assam, which make him an eminent personality of Assam.

Leftist who even planned to call Sankardeva as a leftist have time and again planned to hatch conspiracy against the Assamese people by trying to divide the society on different faultlines. In the case of Sankardeva they miserably failed, but on the other hand, for years they have been trying hard to shape Bishnu Prasad Rabha as a leftist. They know well that he had sacrificed everything for the sake of the people of Assam. However, has the idea of ​​such “sacrifice” at any point of time ever been reflected in Marx’s ideas and ism?

On the other hand, we can say that Bishnu Prasad Rabha had just tried to follow the footsteps of Sankardeva and fulfilled his leftover works. It is important to note here that after Mahapurusa Sankaradeva, in the eyes of Rabha, Lord Krishna was always present as Lord.

In that sense, it is not at all acceptable to compare Bishnu Prasad Rabha with Marxist ideology. If Bishnu Prasad Rabha was in favour of the leftists, why don’t we find anything written in praise of Marx. This proves that Bishnu Prasad Rabha has been tried to be projected with effort as a leftist. One does not become a leftist just by talking about every section of the society. If so, then, will all the Indian sages and saints be leftist? To think and feel for the whole society is but our civilizational ethos. Bishnu Prasad Rabha in real sense wanted to carry forward this tradition of our age-old civilization based on the great ideal of ‘Vasudhaiva Kutumbakam’.