Assam-Arunachal border disputes to be resolved by 2022! 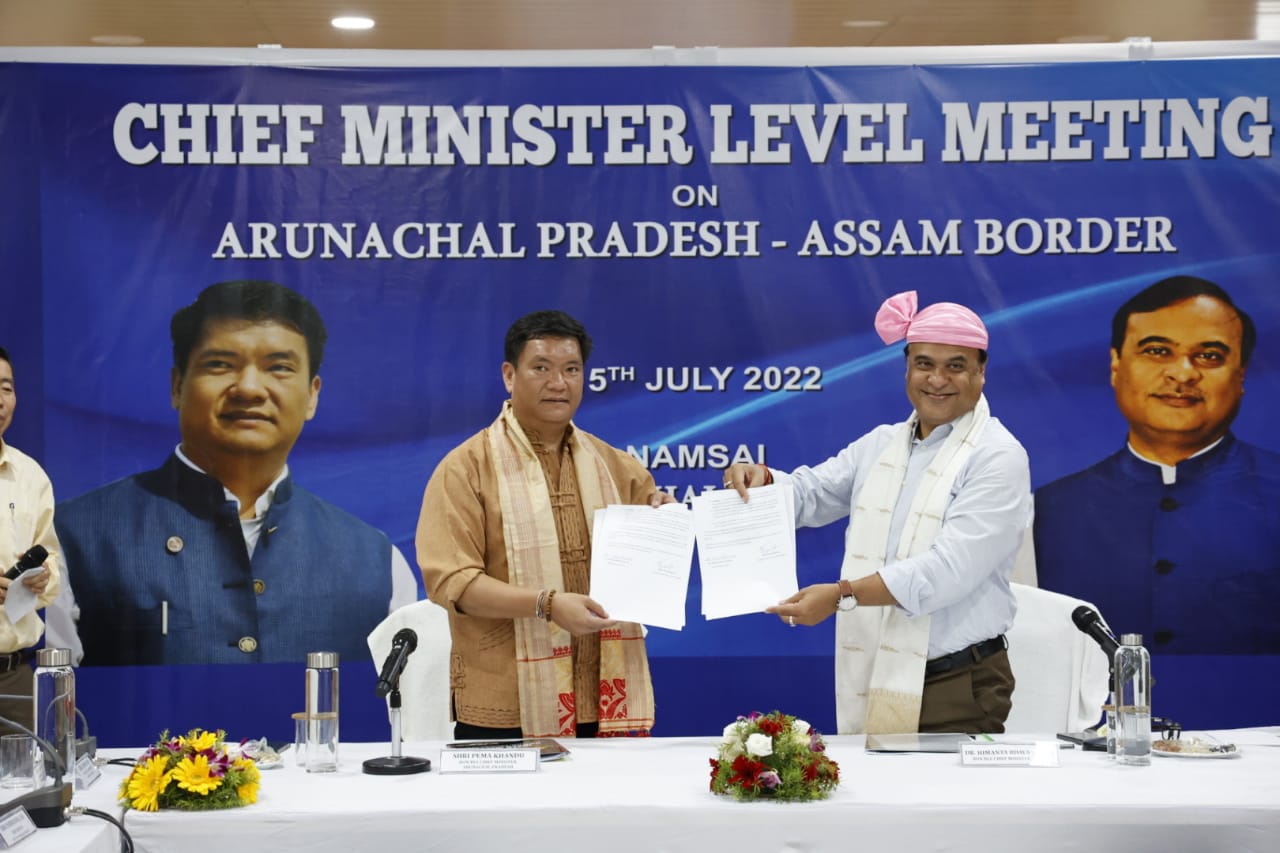 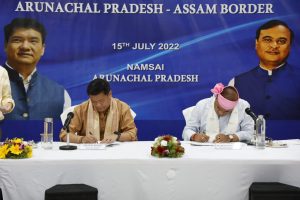 Guwahati: The decades-long border disputes between Assam and Arunachal Pradesh will be resolved by this year, commented Arunachal chief minister Pema Khandu in presence of his Assam counterpart Himanta Biswa Sarma. Both the young leaders held discussions on the prolonged issue at Namsai on Friday and finally signed a declaration to minimize the border disputes between the two neighboring States in respect of 123 villages.
Earlier, CM level meetings between Assam and Arunachal Pradesh was organized on 24 January 2022 and later on 20 April 2022, where both the saffron chief ministers decided that all border issues between the two States will be confined to those raised before the local commission in 2007. Both the participating CMs thanked Prime Minister Narendra Modi and Union home minister Amit Shah for their inspiration and guidance in resolving the long pending border disputes.
Both the governments constituted 12 regional committees each covering 12 districts of Arunachal Pradesh and the counterpart districts of Assam for joint verification of 123 villages and thereafter make recommendations to respective State governments keeping in view the historical perspective, administrative convenience, contiguity and people’s will to delineate inter-State boundary between Assam and Arunachal.
The Namsai meeting agreed in principle with regard to 37 villages, where 28 villages which are within the constitutional boundary of Arunachal shall remain with the State. Three villages on which claims were withdrawn by Arunachal will remain with Assam and the location of six villages which could not be located on Assam side and if at all, these villages exist on Arunachal side will continue with that State.
Assam side apart from CM Sarma was represented by ministers Atul Bora, Ashok Singhal, Pijush Hazarika, Bimal Bora, Sanjan Kisan, Parliamentarian Pradan Baruah, legislators Bolin Chetia, Taranga Gogoi, etc. Arunachal side was represented by CM Khandu along with deputy chief minister Chowna Mein and a host of ministers. Senior officers from both the States were also present on the occasion.