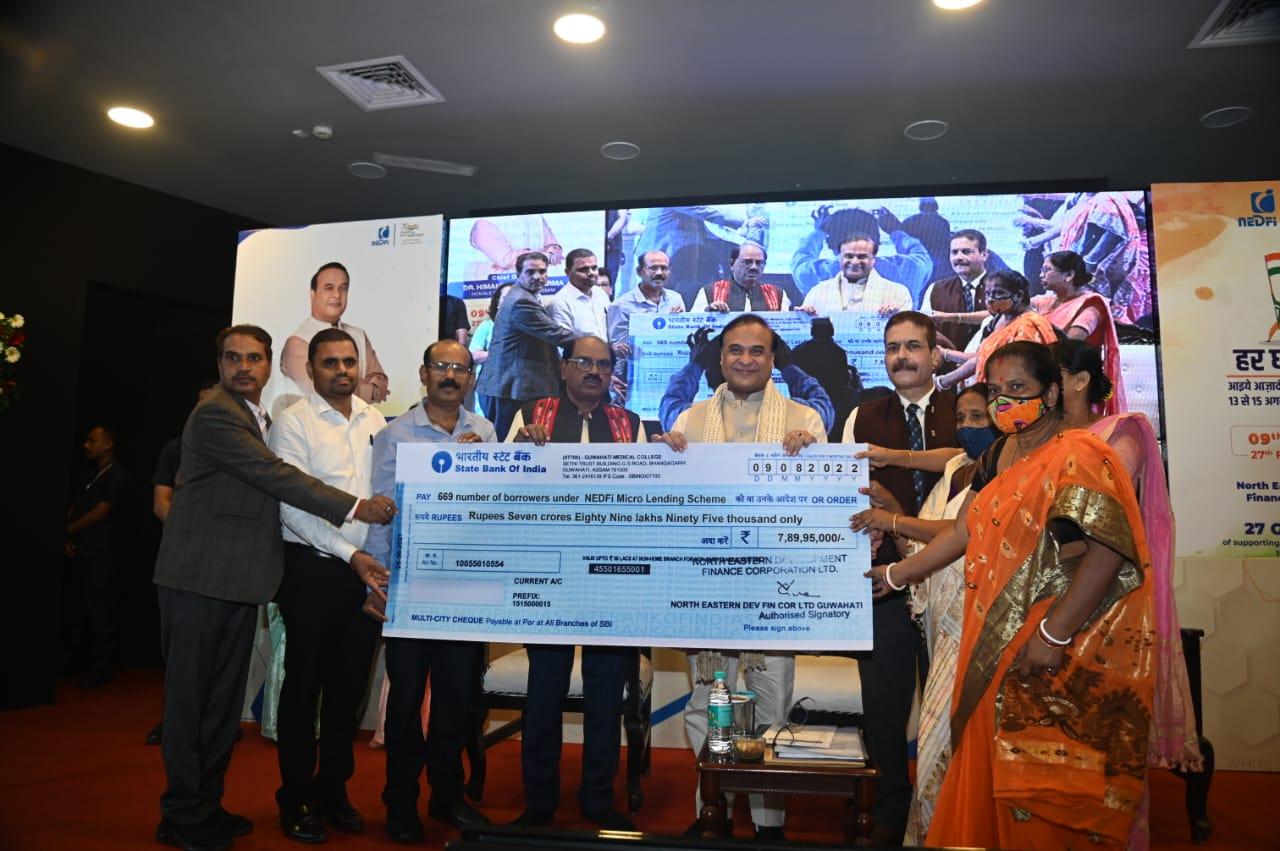 Guwahati: With an aim to lend a helping hand to the small enterprises and entrepreneurs of north-eastern region, Assam chief minister Himanta Biswa Sarma launched ‘NeDFI Micro Lending Scheme’ on its 27th foundation day celebration in the city.

Officially launching the initiative of North Eastern Development Finance Corporation (NeDFI) on Tuesday, he also opened the NeDFI Haat website, a mobile-based application, jointly developed by NeDFI and North-eastern Council (NEC). He also inaugurated the training program being conducted by NeDFI for aspirants of the Agniveer recruitment scheme.
Sarma announced a contribution of Rupees 100 crore from the State government to the micro lending scheme. He also handed over a cheque of Rs 7.89 crore to be distributed among 669 number of borrowers under the specific scheme. On the occasion, Sarma congratulated the financial institution for providing assistance to micro, small, medium and large enterprises for setting up industrial, infrastructure projects in the region.
“NeDFI is playing an important role in empowering our region and its people. I hope the NeDFI Micro Lending Scheme with loan size up-to two lakh per beneficiary will help micro entrepreneurs in setting up and expanding their economic activities in Assam and other parts of Northeast,” said Sarma, urging the north-eatsern people to take benefits of the scheme and contribute towards the growth of the society.
Talking about the Har Ghar Tiranga campaign, Sarma stated that self-help group members benefited through their participation in the supply chain of the national flags. In presence of NeDFI chairman cum managing director PVSLN Murty, its executive director SK Baruah and other dignitaries, Sarma also distributed local weavers-woven, handloom-produced uniforms to a group of school students. 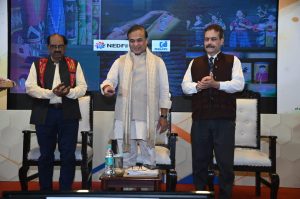