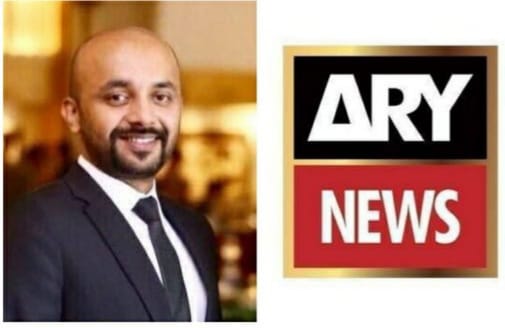 Geneva: Press Emblem Campaign (PEC), the global media safety and rights body, while expressing relief over the release of senior television personality Ammad Yousaf on 11 August 2022 by a Karachi-based civil court, urges the Pakistani military authority to maintain respect to media persons. The director (news) of popular ARY News was arrested on Wednesday over an anti-Pak army comment. The energetic newsman was picked up by a group of armed personnel in plainclothes from his residence in the southern port city of Pakistan during night hours.
Allegations framed against Yousaf were based on a news item, telecast by ARY News, where it perpetually asked the lower level armed personnel to disobey orders of top military officers. Pakistan Electronic Media Regulatory Authority termed it as a matter of serious concern as the comment was seemingly aimed for mutiny in the name of political tussle between the ruling Pakistan Muslim League-Nawaz and opposition Pakistan Tehreek-e-Insaf (led by former Pakistan premier Imran Khan). The authority also warned ARY digital network chief Salman Iqbal along with anchors Arshad Sharif and Khawar Ghuman for the same.
Media persons across the south Asian nation condemned Yousaf’s arrest and termed it as an act of victimization. They demanded an immediate intervention by Prime Minister Shehbaz Sharif into the shameful act. The government authority even prevented the transmission of ARY News. However the court directed for resumption of its transmission across the country. Blaise Lempen, president of PEC (www.pressemblem.ch) appealed to the Islamabad-based government to respect the press freedom, which was committed by PM Sharif as he took over the responsibility.
PEC’s south Asia representative Nava Thakuria informs that Pakistan continues to be a dangerous country for working journalists as it has witnessed the killing of four journalists (Iftikhar Ahmed, Hasnain Shah, Murtaza Shar and Athar Mateen) and a number of incidents with media intimidation till date this year. The same number of media casualties was also reported from its neighbor India as the large country lost Rohit Kumar Biswal, Sudhir Saini, Juned Khan Pathan and Subhash Kumar Mahato to assailants since 1 January.