Coming September and hectic days ahead for Hindu Munnani, VHP, Indu Makkal Katchi and other Hindu outfits to run pillar to post in order to get the court to grant permission to install Vinayagar idols and get the nod for an immersion procession. The successive Dravidian governments that walk the corridors of power in Tamil Nadu took turns to appease Muslims in the state. They also put a lot of impracticable restrictions on the practice of Hindu traditions and rituals. Defenders of Hindu rights are constantly apprehended by the Police. Last year the police even sealed the idol makers’ premises to stop the booming sales of murthis.

This year is no exception too. The revenue department is conducting meetings all over the state and giving them a list of 24 conditions to be adhered to during the Ganesh Chaturthi and the subsequent immersion. In Tirunelveli Hindu Munnani leader Kutralingam argued with the officials that from government side no help was being extended. The conditions of bad un-motorable roads are yet to be repaired. “You are calling us to only to follow rules and cite court orders. If it is the case, why you are not removing the cone speakers at top mosques despite apex court repeated directions. Why single out Hindus only? The constitution gives us rights. The government is keen on restricting only Hindus but not the other communities. No such restrictions on Muharram, Bakrid, Ramzan, sandal smearing ceremony or church festivals and its respective processions. In Palayamkottai and other places you ask to install idols in places only allowed in 2019, which is not acceptable us. As directed by court we want a single window to get all approvals.” 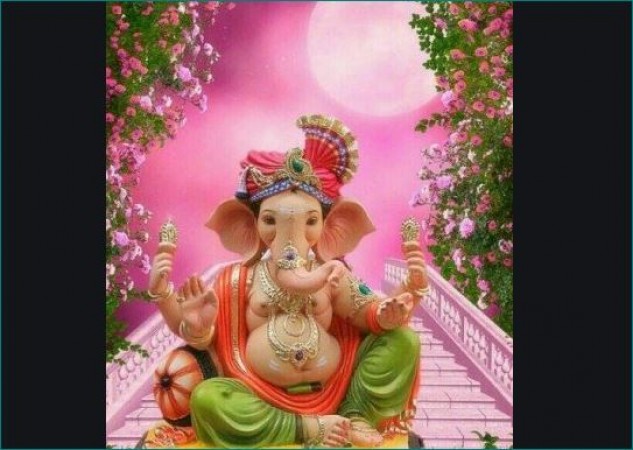 To add insult injury, the Madras High Court has directed a litigant Maha Lakshmi of Ukkadam to give an undertaking along with a local Jamaat committee before the Coimbatore police for installing a Vinayagar idol in a Muslim-dominated housing board ahead of Ganesh Chaturthi as per the rules and regulations framed by the government. Justice N Sathish Kumar held the petitioner is permitted to file an affidavit/undertaking before the police station concerned along with an affidavit (No) from a local Jamaat to install the Vinayagar idol and conduct the festival at their housing unit, by strictly following the guidelines issued by the government and there should not be any procession along with the idol”.

Additional Public Prosecutor said that the area is predominantly surrounded by the Muslim community and therefore there will be a law & order problem.

A bench of Justices N Kirubakaran and P Velmurugan said in May this year said, “As per Section 180-A of the District Municipalities Act 1920, roads or streets should be used as access to the people, irrespective of their religion, caste or creed. Merely because one religious group is dominating in a particular locality, it cannot be a ground to prohibit from celebrating religious festivals or taking processions of other religious groups through those roads”.

The bench said “If religious intolerance is going to be allowed, it is not good for a secular country. Intolerance in any form by any religious group has to be curtailed and prohibited. If resistance is being exhibited by one religious group and it is reciprocated by the other religious groups, there would be chaos, riots, religious fights, causing loss of lives and destruction of properties”.

Hindu Munnani VP Jayakumar said in the State they would install idols in over 1,23,00 places with a theme “Root out terrorism and inculcate nationalist thinking”. The festival is for majority Hindus and they have the right to celebrate levying restrictions is violation of law. High Court order of “Get NoC from Jamaat and celebrate” is not acceptable. Will they be asked to do the same?”.

But the administration it seems failed to take note of the above directions. “We have seen in Tirunelveli, Coimbatore and other places police denied permission to carry our Tricolor flag citing as it would pass through streets where mosques, churches are located. In Rajapalayam, permissions were denied to take out bhajan procession and a public meeting to celebrate 75th year of independence. Police cited as the bhajan group would pass through the Muslim dominated streets and would create law & order problems. Muslims live predominately around the venue of the public meeting.

Editor of Pasuthai magazine Ganesan told Organiser that the HC has not taken note of the earlier directions of HC and asked to get NoC from Jamaat. It will set a wrong precedent. “In the name of peace committee, police invite Muslims, Christian and political parties. We avoid such consultative meeting saying it is between police and us. When the minority community organises conference or conduct religious festivals, we are not invited. It is an insult to Hindus and it is like levying of Jazia tax. Now the government and the court have forced us to accept this order as if the others have a say in our living. It is a sort of persecution in our own land. Do not celebrate where Muslims are in majority. Will it be applicable to Hindu dominated areas? For the Annai Velankanni annual shrine festival on 29th near Besant Nagar, the traffic police have declared diversions. No such meeting involving us? This year we face a lot of indirect restrictions” he said.

Ganesan said “Now the Judge asks us to get NoC from jamaats. By what logic the court to say so? The court has not kept in mind the May directions in rejecting a similar petition over conduct of temple processions by villagers at V Kalathur in Perambalur district on a specified route, objected by local Muslims. VCP man was asked to file another petition which was later withdrawn after we spoke to him. Now we have situation where Hindus who abide by law are penalised but regular violators have the final say. They will understand only when Hindus will object their festivals and processions.”