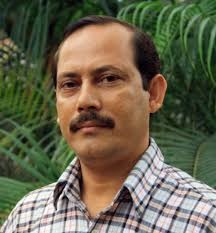 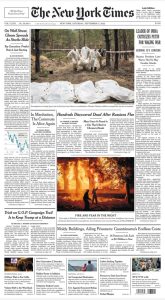 Guwahati: America’s largest selling newspaper The New York Times (NYT) has done it cleverly. The most acclaimed newspaper, when it had to laud Indian Prime Minister Narendra Modi, used the words ‘Leader of India’ in the front page. The news headline in the physical paper mentioned the Russian President, who has been targeting the USA on different occasions, as Putin but not ‘Leader of Russia’. All those happened in NYT’s New York edition (Saturday, September 17, 2022), where the headline in the frontpage news read ‘LEADER OF INDIA CRITICIZES PUTIN FOR WAGING WAR’.
However, the content of the news item was honestly prepared (without any bias to PM Modi) narrating, “Underlining Russia’s widening solation on the world stage, Prime Minister Narendra Modi of India told President Vladimir V. Putin on Friday that it is no time for war — even as the Russian president threatened to escalate the brutality of his campaign in Ukraine. The televised admonishment by Mr. Modi at a regional summit in Uzbekistan came just a day after Mr. Putin acknowledged that Xi Jinping, China’s leader, had ‘questions and concerns’ about the war.
“Taken together, the distancing from Mr. Putin by the heads of the world’s two most populous countries — both of which have been pivotal to sustaining Russia’s economy in the face of Western sanctions — punctured the Kremlin’s message that Russia was far from a global pariah, said the report adding, “I know that today’s era is not of war, Mr. Modi told Mr. Putin at the beginning of their meeting, describing global challenges like the food and energy crises that were hitting developing countries especially hard. Today we will get a chance to discuss how we can move forward on the path of peace.”
The implicit criticism of Mr. Putin underscored that he now faces perhaps his most challenging moment of recent months, suffering not just these diplomatic setbacks but also retreats on the battlefield and intensifying questions back home over how he has conducted the war. But Mr. Putin’s own next steps remain a mystery, and Western officials believe that he could still drastically escalate the intensity of Russia’s assault if he is confronted with further defeats. In a news conference Friday after the summit of Asian leaders, Mr. Putin described recent Russian cruise missile attacks on Ukrainian civilian infrastructure as ‘warning strikes’ that could portend an even more vicious campaign.
The report had good words for New Delhi and Beijing as it stated that apparently mindful of the unease among key partners like China and India, Mr. Putin insisted that he was ready for talks without naming any preconditions and that his war aims did not necessarily extend to all of Ukraine. He made no mention on Friday of the broader goals of ‘demilitarizing’ and ‘denazifying’ Ukraine that he announced when he started the war in February — terms that were widely seen as Mr. Putin declaring his intention to achieve political control over the entire country.
The web version of the new item, which is accompanied by a photograph with the caption ‘Prime Minister Narendra Modi of India and President Vladimir V. Putin of Russia met on Friday in Samarkand, Uzbekistan, as seen in a photo provided by Russian state media’, added, “All along, India has called for dialogue while avoiding challenging Russia as an aggressor, with its officials quietly insisting that their country is an intermediate power and needs to maintain ties and credibility with both Russia and the West in order to help make peace.”
Most of the American media outlets have appreciated PM Modi for his bold statement in front of President Putin on the sideline of Shanghai Cooperation Summit in Samarkand of Uzbekistan on 16 September last. Modi did not forget to offer thanks to both Putin and Ukrainian President Volodymyr Zelenskyy for facilitating the evacuation of Indian students from the conflict zone safely. Mentioning the India-Russia bilateral cooperation, Modi commented that now it’s time to address problems like food and fuel securities. Putin, in fact, acknowledged the concerns raised by Modi and said that the crisis should be ended as soon as possible.