Lokmanthan 2022 to kick off on Wednesday at Sankardeva Kalakshetra 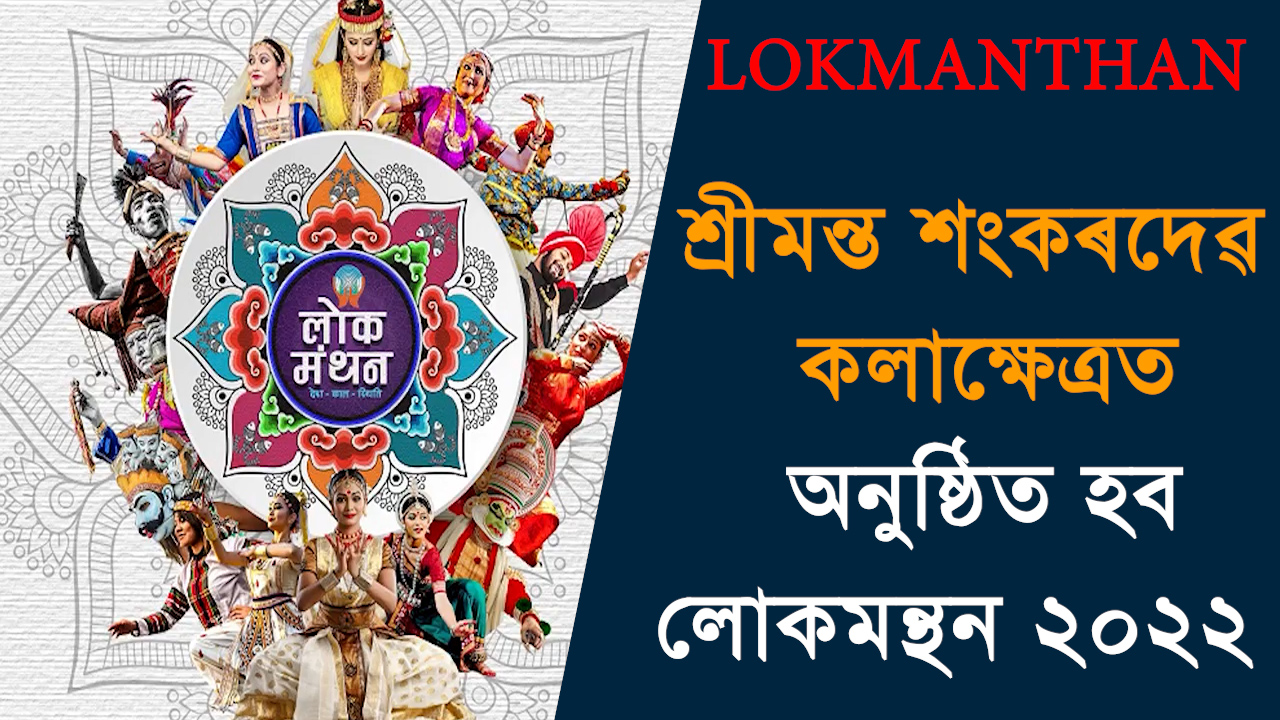 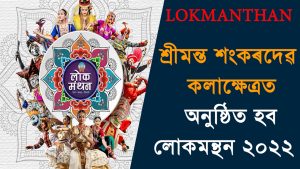 Guwahati: ‘Lokmanthan’ is a journey embarked upon by ‘Prajna Pravah’, a nationwide intellectual movement rooted in Bharatiya ethos & traditions to seek cultural and traditional treasures of India. Lokmanthan, 2022 has been organised on 21, 22, 23, and 24 September at Srimanta Sankardeva Kalakshetra, Guwahati. Intellectual Forum for North East (IFNE) is the local organizer of this event and the event is co-hosted by Assam Tourism Development Corporation.

The first edition of the Lokmanthan was held in 2016 with its focus on ‘De-Colonising Indian Minds’. The theme of the second edition of Lokmanthan held in 2018 was ‘BharatBodh: Jan-Gan-Man’. This is the third edition of ‘Lokmanthan’ and the theme of this year’s biennale colloquium is ‘Lokparampara’ (Lok traditions) which will emphasize on how Lok traditions have kept our cultural consciousness intact and strengthened our feeling of National Selfhood.

‘Lokmanthan’ is an occasion where artists, intellectuals and academicians drawn from different parts of the country converge and brainstorm on the questions that haunt the society with an aim to reshape the narratives to prepare and lead the nation to play its civilizational role. Besides, the three-day event will have discussions, seminars, cultural events and exhibitions which showcase the rich diversity of the nation. ‘Lokmanthan’ is a cultural and civilizational response to such efforts and ideologies that see Bharat as a multiplicity of nations. ‘Lokmanthan’ is an attempt to connect intellectuals and practitioners working for the conservation of our cultural heritage. It is expected to create awareness about the Lok Parampara of the region and celebrate the great historical legacy of Bharat.

The formal Inaugural Session of the event will be organised at 10 am on Thursday morning at Kalakshetra. Vice-President Jagdeep Dhankhar consented to be the chief guest of the event. The inaugural session will also be graced by Assam Governor Jagdish Mukhi and State chief minister Himanta Biswa Sarma. Inauguration of exhibition and cultural evening is scheduled for Wednesday evening, where State minister Bimal Borah, Rajya Sabha member Maharaja Leishemba Sanajaoba, Rashtriya Swayamsevak Sangh’s Assam Kshetra Bouddhik Pramukh Tirthanka Das Kalita are expected to attend. A Series of intellectual sessions are organised during ‘Lokmanthan’ which will be addressed by Tripura deputy chief minister Jishnu Dev Varma, State education minister Ranoj Pegu and several prominent scholars across the country. Kerala Governor Arif Muhammad Khan will be the chief guest at the valedictory session on Saturday.

‘Lokmanthan’ will also host three evenings filled with spectacular cultural performances. A spectrum of colorful folk-dance forms like Wangala of Meghalaya, Cheraw of Mizoram, Sattriya & Bihu of Assam, Hojagiri of Tripura, Ao Warrior of Nagaland, Yak & Chinghi Chaam of Arunachal Pradesh, Dhol Chalam & Thangta of Manipur etc will be presented by talented artistes across the region. The cultural showcase will also present diverse dance forms across India such as Yakshagana, Jijhotia dance etc. Some of the most well-known musicians like popular folk band of Manipur, Mangka Laihui, well known musical sisters of Nagaland, Tetseo Sisters, Assamese musical icons Neel Akash, Dikshu, Mayuri Dutta and Kalpana Patowari will perform on the stage. The entry for the program is made free.