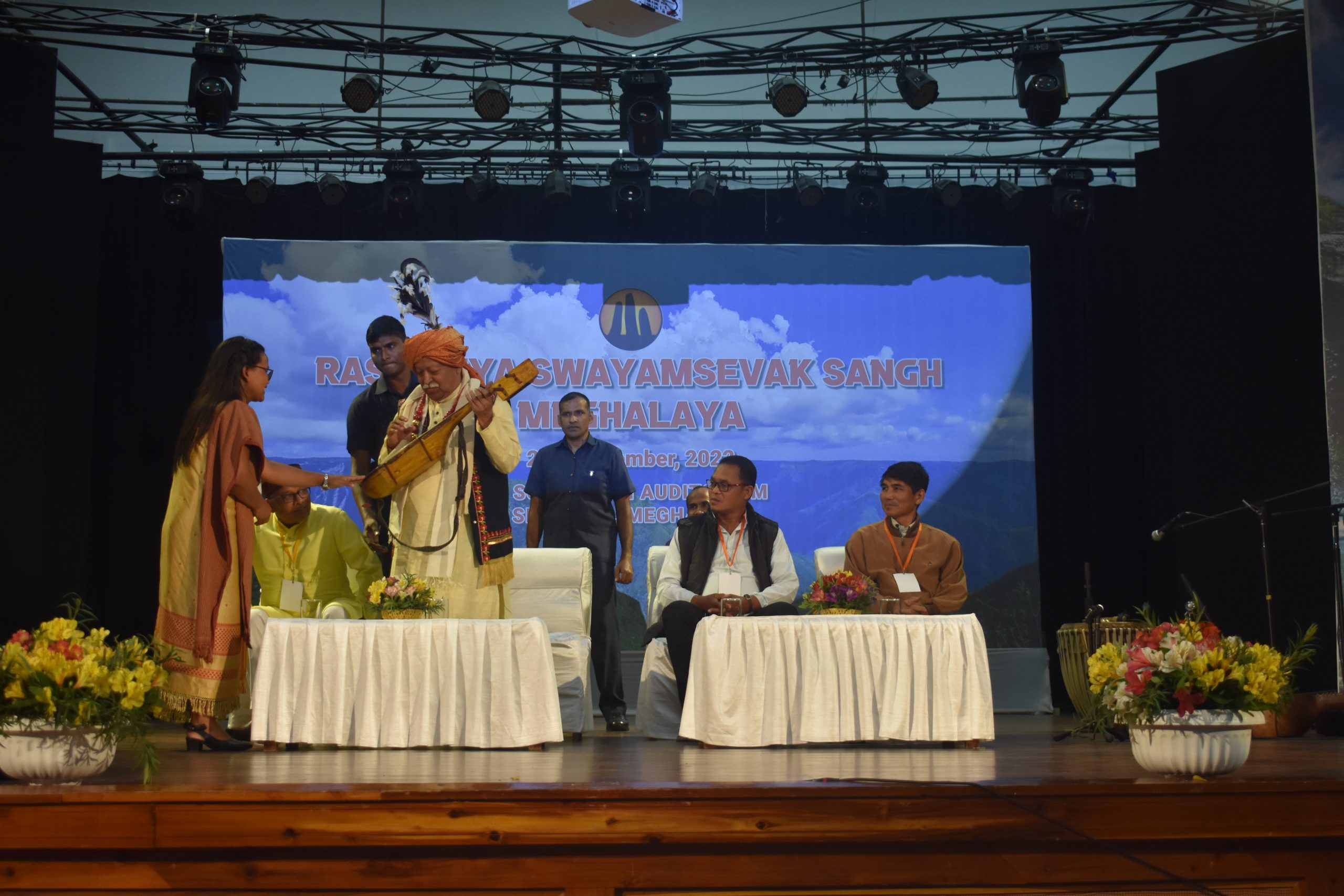 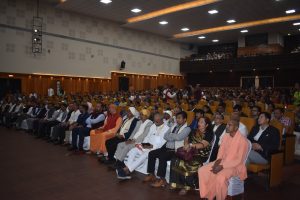 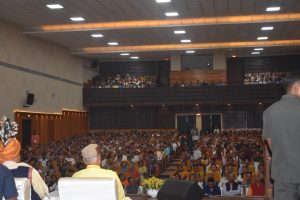 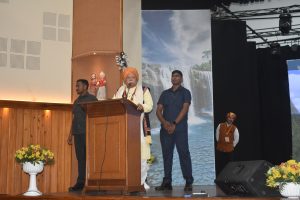 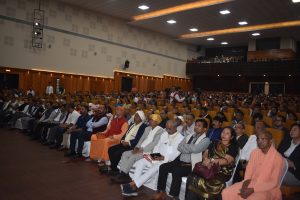 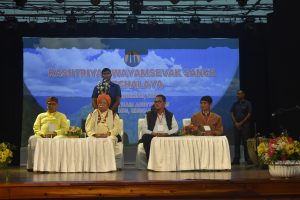 The Sarsanghchalak of RSS Dr Mohan Bhagwat ji attended a public meeting at U Soso Tham auditorium in Shillong the capital city of Meghalaya. The meeting started with the traditional Khasi welcome which included putting on of traditional attire to the Sarsanghchalak.

While addressing the audience, Dr Mohan Bhagwat ji narrated different inspiring incidents related to the Sangh founder Dr Keshav Baliram Hedgewar who was a born patriot. It was interesting how while being jailed fighting the British colonial power in the freedom struggle, accordingly to the judge who was hearing the petition, Dr Hedgewar’s reply in the court was more seditious than his original speech for which he was jailed.

Dr Bhagwat said we are an ancient nation since time immemorial, but due to forgetting our civilizational motto and values, we lost our freedom. Our binding force among one another is our inherent faith in our age-old value which lies in spirituality, he stressed. These values of this country’s eternal civilization had been named as Hindutva by people outside our country. We are Hindus, but there is no particular defination of Hindu, although it’s our identity. Both the terms Bharatiya and Hindu are synonyms. It is a geo-cultural identity in fact, the Sarsanghchalak pointed out.

Sangh teaches to do sacrifice for the country giving up one’s individual selfish ends. In the one hour Sangh shakhas, people learn about these benevolent values and duty to the motherland, Dr Bhagwat said. The RSS draws this tradition of sacrifice from this country’s ancient history. Our ancestors had visited different lands beyond and had departed the same values to Japan, Korea, Indonesia and many other countries. We are following the same tradition today even. Dr Bhagwat referred the examples how during Covid crisis Bharat had served humanity by sending vaccines to different countries and also, not so long ago, our country stood with Srilanka during her worst ever economic crisis.

The Sarsanghchalak emphacised how Sangh since five generations with the help of dedicated swayamsevaks doing the national reconstruction work since 1925. He added Sangh is not just another organisation working for making the organisation itself strong, but the real mission is to make this society organised in order to make Bharat attain her all round development. To achieve it the Swayamsevaks learn certain disciplines from woking methodology that is in the shakha working. The Sangh’s orientation is to deepen it into one’s own habit by doing it on daily basis. Three things are emphacised Rashtriyata, Swayamsevakatva, we emphacise.

The important analysis from Dr Bhagwat’s speech was his drawing a comparison that one citizen’s fate is also determined by the country’s fate and vice-versa. During Uganda crisis few years ago, the Indians there too had to suffer despite no fault of theirs, Bharat’s stature in global arena was weak then. Our objections even had no impact that time as our country was on a weaker footing. Nevertheless, if the nation Bharat becomes powerful and prosperous, each Bharatiya too becomes powerful and prosperous. Dr Bhagwat asked the audience from different walks of life present in the hall to analyse RSS not from distances but by direct observation.

Among today’s audience, many educationists, leaders as well as spiritual and social luminaries participated. Interestingly, this visit of Dr Mohan Bhagwat ji was his third and fisrt as Sarsanghchalak. The two day Meghalaya visit of Bhagwat ji which will end tomorrow will include his meetings with different Sangh functionaries and socio-cultural leadership.