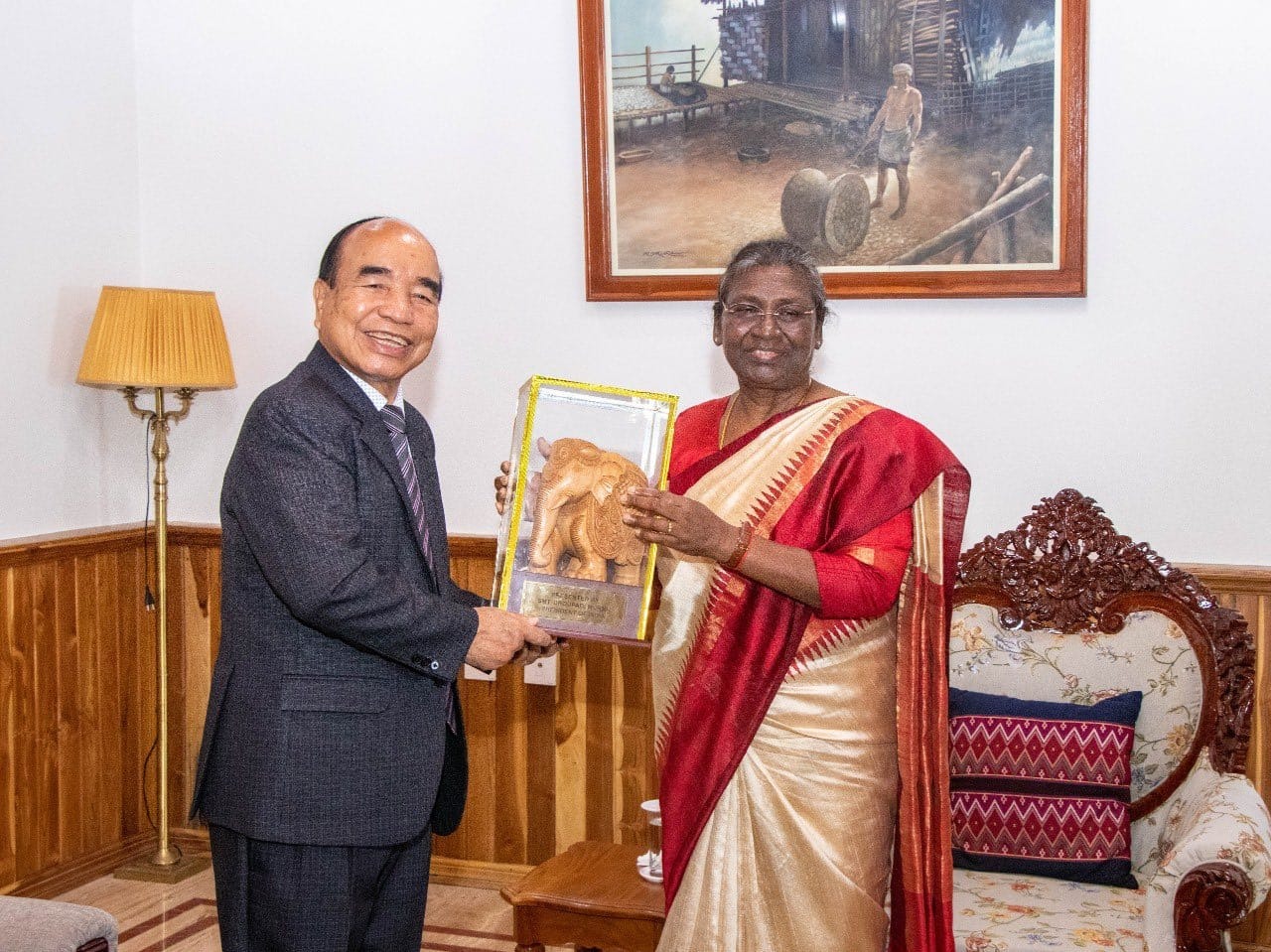 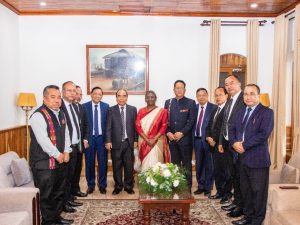 Guwahati: President Droupadi Murmu, while addressing Mizoram legislative assembly in Aizawl on Friday, commented that even though the hilly topography poses special challenges for the State, the government has done remarkably well on various parameters including human development. She also added that the road connectivity helps in meeting education & health care goals and unleashes economic opportunities in the region.

The President asserted that Mizoram as a tribal majority State can explore its past and find best governance practices from pre-modern days that should be revived within contemporary systems. Noting that the Mizoram assembly celebrated its golden jubilee in May 2022, she added that over the years the house has evolved a model of debate, healthy discussion and mutual respect as an effective instrument in finding solutions to people’s problems.

In Mizoram, women are an empowered lot in every sphere of life, be it sports, culture or business. She highlighted that there should be increased representation of women in public life particularly, among lawmakers in Mizoram. The President stated that the development of Mizoram as well as other north-eastern States remain significant for the nation to scale greater heights.

Talking about India’s rising stature on the global stage, President Murmu said that New Delhi’s bilateral ties with the neighbouring countries, especially in southeast Asia, are of high value to India. Act East Policy places emphasis on the region for improving India’s ties with the extended neighbourhood in the Asia-Pacific region.

Mizoram has the highest forest cover among all Indian States, providing an ideal home for extraordinary and rich biodiversity, pointed out the President, adding that the Himalayas, its fragile ecology and flora & fauna are India’s priceless heritage and that must be conserved for the future generations.

She said that the whole nation has been celebrating the Azadi-Ka-Amrit-Mahotsav this year, marking 75 years of freedom from colonial rule, and the glorious nation is moving into the Amrit Kaal towards the centenary of independence. Referring to the sacrifice of hundreds of thousands of freedom fighters, President Murmu commented that it’s the time their dreams speak to us with a fresh urgency.

The President, who is visiting the far eastern region for the first time after assuming office, arrived in Aizawl from Kohima on Thursday with a two-day visit schedule. She was accorded a warm reception by Mizoram Governor Hari Babu Kambhampati, State chief minister Pu Zoramthanga and other top government officials. President Murmu left for Sikkim by Friday afternoon.