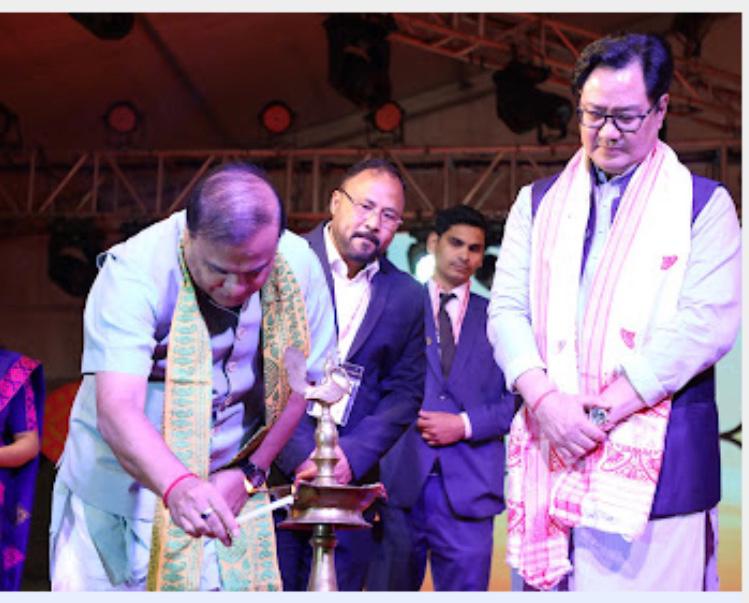 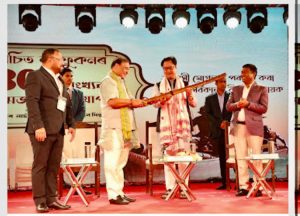 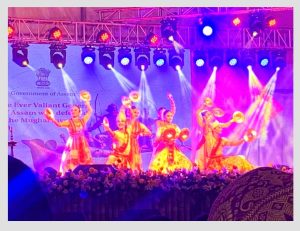 Born on 24 November 1622 at Charaideo in eastern Assam, Lachit Barphukan emerged as an extraordinary military strategist to successfully defeat the invading Mughals and thus the great patriot halted the expanding ambitions of Aurangzeb in the Battle of Saraighat. The grand event to commemorate his immense contributions to the motherland is being marked on the sideline of Azadi ka Amrit Mahotsav.

The cultural evening at Sunder nursery in the national capital, kickstarted with a traditional prayer of Tai-Ahom community followed by a Sattriya performance on Sita Uddhar by Mridusmita Das Bora and her team, a medley of folk dances of Assam presentation by maestro Ranjit Gogoi and a drama depicting the illustrious life of Lachit Barphukan. Popular Assamese singer Papon set the stage on fire with his enchanting performance.

“We are trying to project the culture and civilization of Assam with the spirit of patriotism. The yearlong celebration of Lachit Barphukan’s birth anniversary was launched by the then President Ram Nath Kovind in February. We have brought many valuable items from Assam, reflecting the glorious history from the days of Kumar Bhaskar Varma to showcase here. Many handwritten letters of Lachit Barphukan are also included in the exhibition at Bignyan Bhavan,” said Sarma.

In his inaugural speech, Rijiju underlined the spirit of India which is incomplete without the unsung heroes of Bharat. He stated that Lachit Barphukan defeated a large Mughal army in 1671 Saraighat battle on the banks of Brahmaputra to protect Guwahati and his homeland. Undying spirit of the powerful leader and courageous paragon will continue to inspire generations, said Rijiju adding that he felt proud to be a part of the event to celebrate the spirit of Lachit Barphukan.