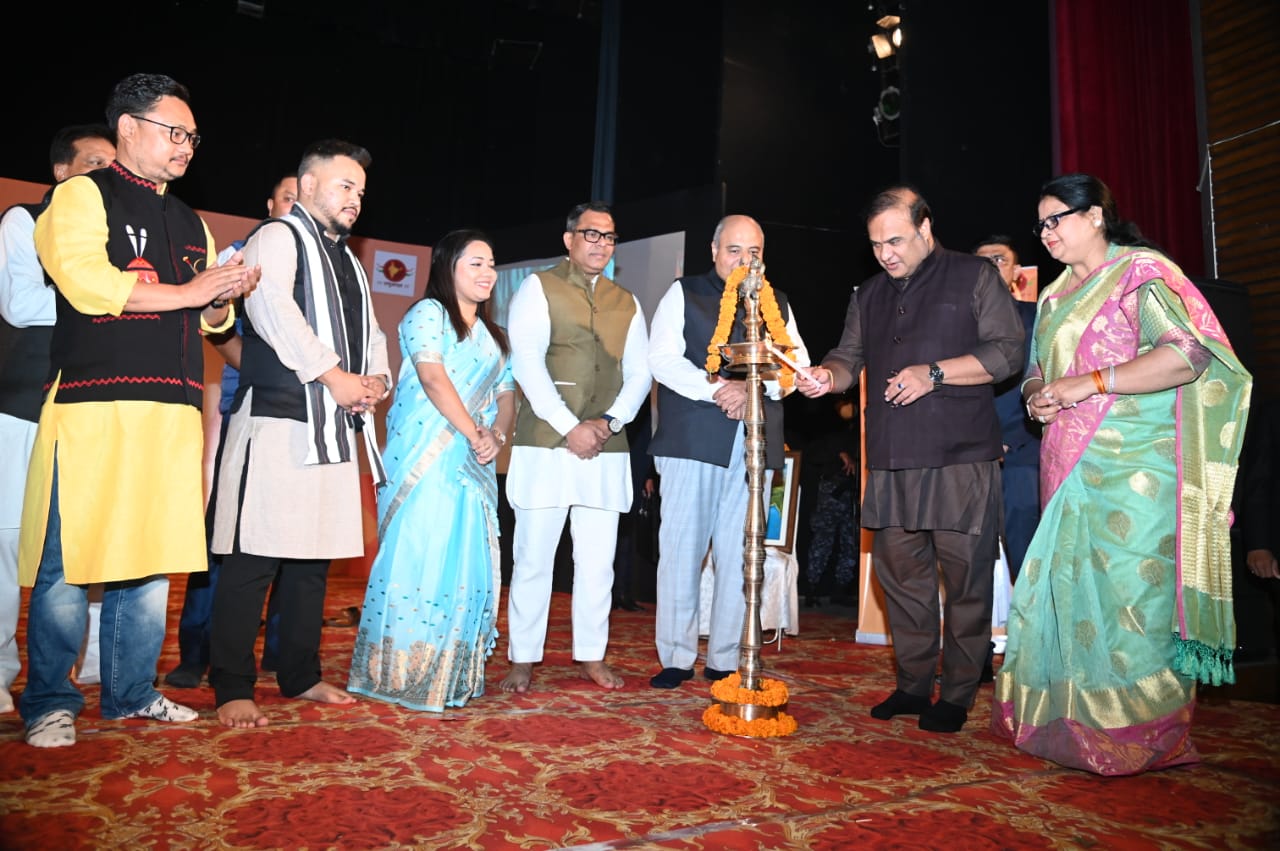 Guwahati: Veer Savarkar was a great freedom fighter and patriot who rendered immense contribution to the freedom of India, said Assam chief minister Himanta Biswa Sarma, while participating in a discussion, held at ITA Machkhowa on Saturday.
The discussion revolved around Savarkar on the basis of a book, written by Uday Mahurkar and Chirayu Pandit, documenting many untold facts on the great soul and helping the posterity to know about Veer Savarkar and his love for the motherland.
CM Sarma said that Savarkar had dreamt of a New India and advocated equal dignity for everybody opposing tooth & nail the partition of Bharat. He asserted that in order to expedite the development of the nation, one has to have love his or her country.
A close look into the life and philosophy of Savarkar gives an impression of his indelible love for the country and the countrymen. There is an urgent need to make the younger generation aware of the culture and history of India, he added.
He also observed that after independence the country’s curriculum could not adequately reflect the works and philosophy of many great people of the nation. Vaishnavite Guru Srimanta Sankardev, great reformer Swami Vivekananda, Ahom general Lachit Borphukan, etc should have been depicted adequately in the school curriculum, he pointed out.

Assam Book Fair to begin on 29 December
Guwahati: Asom Grantha Mela, a combination of Guwahati book fair and Northeast book fair, will begin on 29 December next and continue till 9 January 2022 at Assam Engineering Institute playground in Chandmari locality of the city, informed Noni Gopal Mahanta, the adviser to the State education department.
It may be mentioned that due to the Covid-19 pandemic, Assam publishers & book sellers association could not organise the NE book fair last year and it failed to accommodate the event because of anti-CAA (citizenship amendment act) movements in 2019 too. The State government run Assam publication board however successfully hold Guwahati book fair in 2020.
This time, organisers of both the events have joined hands to pave the way for Assam book fair. State chief minister Himanta Biswa Sarma has taken the initiative to organize the fair this year with the combined efforts. Next year, both the events may take place separately if the corona-situation improves significantly.
Pramod Kalita, secretary of Prakashan Parishad Asom, during a recent press-conference informed that necessary communications were made to various national and international publication groups for participation in the fair. In presence of Sumanta Chaliha, vice-president of Prakashan Parishad, publishers & book sellers association representatives namely Imran Ahmed and Baharul Islam Choudhury, he added that the theme of fair will primarily be based on Azadi Ka Amrit Mahotsav.