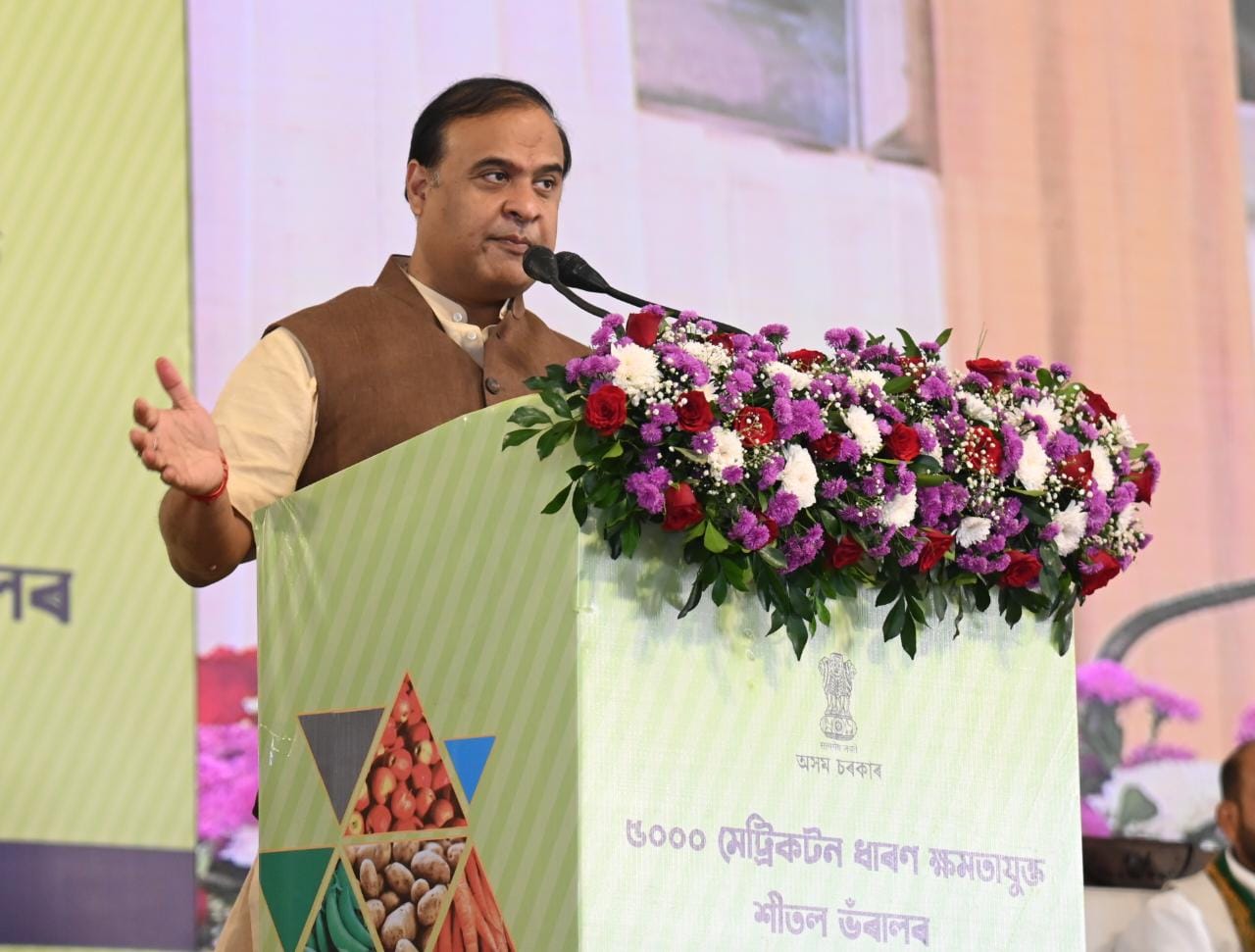 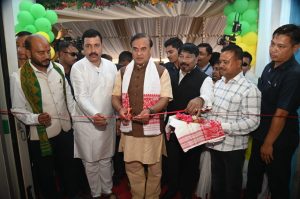 Guwahati: Assam chief minister Himanta Biswa Sarma inaugurated a 5,000 metric-ton capacity cold-storage facility at Chaygaon and a fruit-processing centre at the food-processing park of Satabari under Kamrup district on Tuesday. The cold-storage facility, constructed by the State agricultural marketing board at a cost of Rs 24.75 crore, is expected to benefit the farmers from Goalpara, Barpeta, Nalbari, Kamrup and Kamrup (metropolitan) districts.
The fruit-processing centre, built at a cost of Rs 2.89 crore, is the first of its kind in Assam. Addressing the public at Chaygaon, Sarma appealed to youths to focus on processing and packaging of agriculture-produce and items. Stating that ginger, pepper, lemon, joha rice, etc have great demands in the national and international markets, he stated that the local farmers would be able to reap remunerative values for their produce after necessary processing and packaging.
Owing to the State government’s initiatives, an annual export of horticulture produce to the tune of Rs 200 crore is recorded and he believes that the figure can cross the 1,000-crore mark easily. Pointing out that the State’s economy is still dependent on agriculture, Sarma narrated various government initiatives towards modernization in the agricultural sector, expanding the market for agricultural produce and attracting the youths towards the sector, etc.
He also described the initiatives taken for rice-mills at 220 places and paddy-storage facilities at 110 places of Assam. The entrepreneurs and industrialists have been able to garner as much as 50% subsidies on these rice mills and paddy storage units, stated Sarma adding that the residents should come forward and get involved in the agarwood, teak-wood cultivation, etc, and move towards the path of self-reliance and economic independence.
He also assured that the government would ensure minimum support price for rice to be raised to at least 2,006. Similarly, nine lakhs new beneficiaries will be added to Arunoday scheme from next month, said Sarma, adding that from next year around 52 lakh of Assam’s population would be provided ration cards. Moreover, he added that from next year the construction of 25 new colleges would be taken up.